Black Swans, Grey Rhinos and the Elephant in the Room 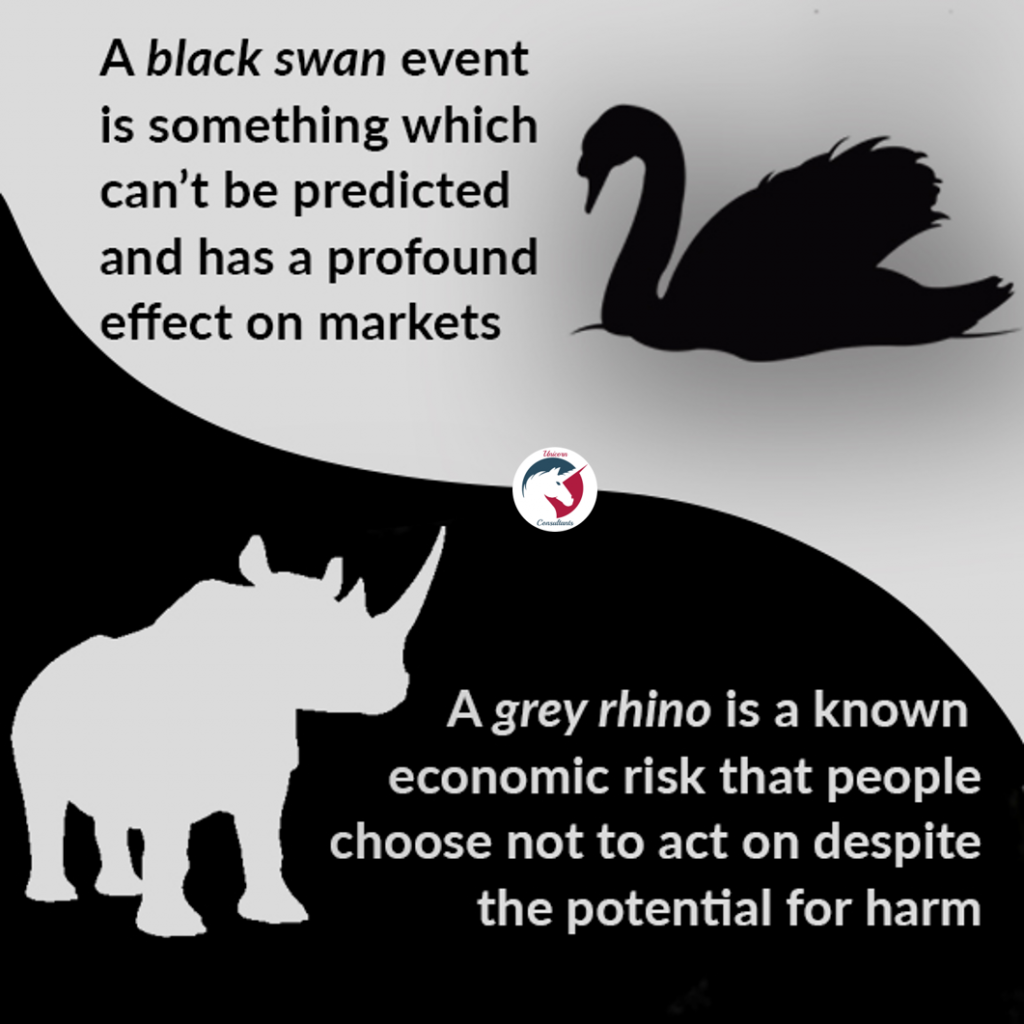 First up – notable “BLACK SWAN” events such as:

Every day we are confronted with headline news about the latest COVID-19 developments. EVERY DAY!

Logic would dictate that there will be ongoing long-term effects on our society – from both a health and well-being and financial perspective.

It would be wise to note that in 2020, it was reported that almost 500,000 borrowers were granted loan deferrals and that deferrals across home loans accounted for about 10% of all loans. I wonder – “How many of these will eventually turn into loan defaults?”.

And yet – it seems that we have chosen to ignore the reality of what the future holds for us if we don’t address these issues. Our financial well-being does affect our mental health to a significant degree. So it would make sense to prepare for the financial fall-out that is bound to come – SOON!

The Elephant in the Room 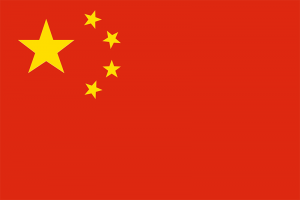 CHINA is that “Elephant”

Do not for a minute think that this is an exercise in “Chinese bashing”. It’s not!

Rather, it’s an observation from someone (me) who has had an interest in the global economy and global politics for decades. It’s a subject on which I have written as a journalist, columnist and blogger for the past 20 years.

The reality is this: the Chinese economy is in trouble.

For a long time now, they have supported their economy through government-driven employment initiatives. For instance, this has seen the rise of major construction projects, entire cities (without any inhabitants) and infrastructure such as roads (without any traffic).

Now we see one of China’s largest property companies, China Evergrande Group, in what has been described by some as a “death spiral” and on the verge of collapse.

Mum-and-dad homebuyers and investors who bought property before developments started are facing a catastrophe. Chinese households hold more than 60 per cent of their wealth in the form of property and now these same people are pressuring companies like Evergrande to return their money. So, here we see a potential domino effect on companies that work with Evergrande and their investors.

What does this mean for Australians?

In the past, the Chinese government has protected such companies through financial bail-outs. NOTE: Remember the consequences of the US following this same track in 2007/2008 with their bail-outs of their major banks and financial institutions. That consequence was the GFC!

One of the potential ramifications for the Australian economy is that Chinese companies and individuals who have invested in property throughout Australia’s property boom may be forced to sell up and repatriate their money back to China to meet their debt obligations there.

There are many economic factors in play here. I haven’t even touched on the topics of inflation (hyperinflation, even?), the various Central Banks around the world continuing to print their own “Monopoly money” or, the potential for a rapid increase in interest rates in the not-too-distant future.

So much is going to depend on China’s ability and willingness to address and resolve their economic issues. Meantime, you might like to have a look at these charts. They show the history of the ASX and GOLD prices since the GFC and make for interesting reading.

WHAT’S HAPPENING NEXT? I have no idea!

However, while we generally can’t control/prevent such events from happening, we can take action to protect our businesses – to minimise any damage arising from the next BLACK SWAN or GREY RHINO event… and there WILL be one!

If you own or manage a business, it is essential that you have appropriate strategies in place to enhance your prospects of sustainable growth, no matter what. The emphasis here being on the word “sustainable”!

My colleagues and I can combine our vast array of skills and experience to give you the best chance of future success. We have the know-how and experience across all industries and business sizes to be able to help.

All it takes to start, is to contact me directly – Phil Manhire, at hello@unicornconsultants.com.au or on 0452 144 476 to arrange for a free 60-minute consultation (face-to-face if in Adelaide) or via ZOOM if you are elsewhere). 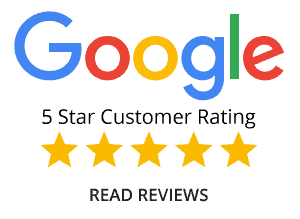